More than 90 Southlanders reached out for help with their gambling problem. This shows that more Southlanders are looking for help, and it is mostly people who are getting help for the first time. This brings the number of people requesting help to 159. However, this does not change the stigma of getting help, which means that the people who are struggling is higher.

According to Richard Taylor, Manager at Ministry of Health Addiction, most of the gambling harm from playing machines was not documented. He also went on to say that unfortunately, people with a gambling problem don’t often ask for help at all.

Another organization, Nga Kete Matautanga Poanamu Charitable Trust that wants to tackle this problem also had something to say. Tracey Wright-Tawha, Chief Executive at the charitable trust, noted that most people would have taken their rent or even food money to support their habit, which can make them feel ashamed. The Trust is based in Invercargill and provides problem gambling counselling. 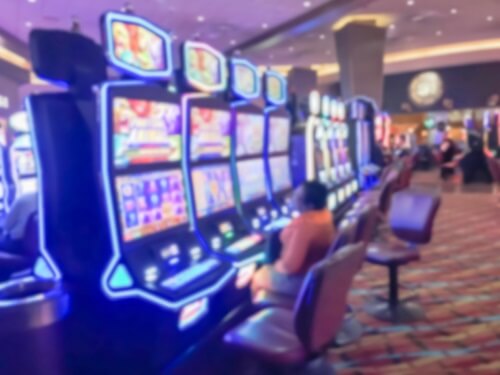 Reviewing of the Gambling Machines Policies

So far, Invercargill, Southland and Gore districts are reviewing their gambling machines policies. Currently, the Southland District Council’s gambling venue policy says that the machines cannot be replaced but be repaired without the need to issue new licences. What is being proposed is that the machines should not be relocated. According to Robyn Rout, a policy analyst at the Southland district council, said for their draft policy they have received seven submissions which were earlier this year during the consolation period.

The policy capped the machine numbers at 37, which is less than 284, which is the current number. It also provides a self-ban option. That is, according to Michael Morris from the City Council’s legal support.

Southlanders Submissions to the District Council

The Life Education Trust, the Southern District Health Board, the Nga Kete Charitable Trust and the Problem Gambling Foundation submitted to the council. In their submission, they emphasize that problem gambling impacts on the families of people involved in gambling. They also said that the pokies are highly addictive, and community funding shouldn’t motivate the gambling policy.

However, the Gambling Machine Association of NZ, the Southern Trust and the NZ Community trust also submitted to the council. They say that gaming machines are an acceptable form of entertainment which brings valuable money for communities.

A report from the Department of Internal Affairs listed at the City Council was cynical about the benefits of machines. Another report by the Department of Health says that New Zealanders spent NZ$870 million for the 201/17 fiscal year.

It will not be a simple feat to tackle this issue, but we will wait to see what the response back for the submissions is. For more news about gambling and online casinos, visit our site often.