The Problem Gambling Foundation in Tararua says the removal of pokies is not going fast enough. It’s also calling for tougher restrictions on gaming machines. In New Zealand’s rural areas, the Tararua district has the highest second ratio of gaming machines, and has in the past two years increased gaming machine revenue by almost 10 per cent. The foundation’s call of action is due to the fears of gambling addiction. However, there is still no evidence of growing problem gambling despite more money being spent on pokie machines. Read on for more. 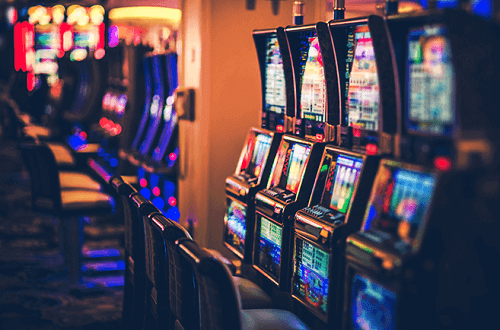 The rural district of Tararua has 0.8 per cent of New Zealand’s pokie machines, giving it the second highest ratio in any rural district council. However, in the country’s total population, it accounts for only 0.37 per cent. Since 2012, the district was down to 122 gaming machines from a peak of 134 legal machines. Meanwhile, the rest of the country is getting rid of poker machines at a faster rate. This has ended up with Tararua leading the contribution to the national total revenue on pokie machines.

In 2013, New Zealand developed a sinking lid policy for gaming machines. In compliance with such a policy, Tararua will not be having any new gaming machines approved until the district has machines fewer than 100. The Problem Gambling Foundation said that it prefers to see no new gaming machine venues until the numbers fell below a cap, especially in lower-income areas. The foundation said it was focusing more in prevention than treating gambling addiction stating that “an average problem gambler would negatively affect up to 10 other lives”. Counsellor of the foundation, Bonnie Lovich-Howitt, added only a small portion of problem gamblers often seek help and the rest deny that they have a problem.

Meanwhile, in recent reports, the Tararua District councillors were told that there was no growing problem in gaming machines despite that residents were putting more money on pokie machines.

The Tararua District Mayor, Tracey Collis, announced that 18 machines were being removed at the Pongaroa Hotel.