Macau junket investor, Suncity Group is closing its doors Australian VIP Rooms. The group is abounding its Australian casino market following news of its suspected links to arranged crimes. This is according to The Age, an Australian media outlet. The group is said to have aided Chinese organised crime syndicates in illegally laundering money in its Melbourne and Sydney VIP Operations. 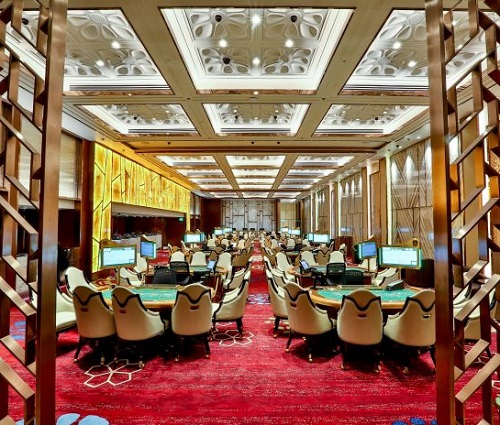 A mutual decision has been reached by Suncity to close down the fixed high-roller room in The Stars flagship casino. Matt Bekier, who is the Chief Executive officer of The Star, told The Age that Suncity had a small room in their casino and that fixed room would be discontinued. Suncity is also closing down its VIP room in Southbank casino which is operated by Crown in Melbourne.

The decision to close down the VIP rooms follows an investigation instigated by the Australian Criminal Intelligence Commission (ACIC).  The investigation looked into whether the Asian junket firm was helping with the facilitation of unlawful activities such as money laundering. The allegations state that The Crown Resorts Ltd was the establishment being used to illegal launder cash.

Suncity was not explicitly mentioned apart from the serval times the brand was mentioned.  However, mention was also made on the claims that emerged that Alvin Chau, CEO of Suncity, was reportedly banned from Australia. The revelations were made by The Age, Sydney Morning Herald and 60 Minutes. The claim also states that Chau is or was a member of the 14k triad (the dominant triad society). And that some significant personalities in Suncity had shown links to several triad societies and organised crime figures.

The ACICs Michael Phelan said that the lack of transparency of junket operations provided opportunities for criminal exploitation. Triad syndicates once had control junket industry. The influence of the syndicates is questionable, considering the modern-day sternly regulated environment.  A report done in 206 interviewed former triad members, junket operators and law officials concluded that the triad influence was ‘persuasive.’ The impact had readjusted its ‘intrusive’ traditional role.

Amidst the inspection that is surrounding the alleged crime, The Stars share price had been damaged. The Sydney establishment had not been implicated in any of the regulatory investigations examining Crown. Chau has also sent out a rapid response to allegations. Chau stated that Suncity Group Holding limited was not being investigated officially. Chau who I also the group’s chairman said he has had no plans of travelling to Australia anytime soon.  The shutdown of the two Australian VIP Rooms did not dampen the Macau junket investors plans. The group has opened their VIP club at Resorts World Manila. The Suncity Group is now present in all four private-sector casino resorts in Philippines, Manila.