Home » Relationship between Football and Gambling Companies Out Of Control

Relationship between Football and Gambling Companies Out Of Control

Rosena Allin-Khan, shadow minister of sports, said that the relationship between football and gambling companies has become unmanageable.  This was in light of the new participation of Wayne Rooney with a web-based casino brand. The football player will have the number 32 on his t-shirt at the time when he moves to Derby County as a player-coach in January. At the moment, the Gibraltar wagering business 32Red is a shirt given to him in courtesy of Derby County. Wayne Rooney will wear the t-shirt in honor of the partnership between the football club and betting company.

The owner of the club mentioned that better sponsorship deal conditions were offered by the internet casino because of the footballer’s transfer to the team. Derby County and Wayne Rooney were backlashed for their collaboration with the betting company. Sponsorship deals between football and gambling companies have been condemned by authorities. Championship and Premier League are in the front line and criticized by lawmakers who say that the more sports receive sponsorship, makes watchers think that gambling is not harmful. The Labour Party is committed to making advertising of gambling operators on football teams’ shirts against the law if it is appointed. 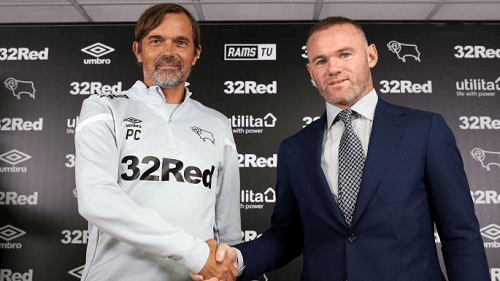 According to the Labour Party and Rosena Allin-Khan, the connection between football and gambling is uncontrollable. Customers are linking the names of prestigious footballers with gambling operators. Rosena Allin-Khan further explained that their relationship has taken things to a new level.  Ten out of twenty Premier League teams will have gambling brands on the shirts in the 2019/20 season. Also, over half of the clubs competing in the SkyBet Championship will have gambling brands on their shirts.

The Premier League clubs that have gambling companies as shirt sponsors include; West Ham United, Newcastle United F.C, Everton F.C, Norwich City F.C, and other teams. The Football Association set out a new rule. It says that players can’t engage in audio or video advertising of gambling brands. However, players will be allowed to have print ads of betting companies.