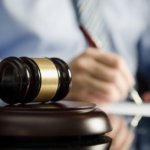 Aristocrat Technologies, an Australian poker machine manufacturing company, and Ainsworth Game Technology are currently battling a corporate dispute. Aristocrat claims that Ainsworth stole the designs to one of its most successful pokie machines. Aristocrat logged the complaint to the Federal Court on the basis of breach of intellectual property law. The court case is scheduled to start this month.

Aristocrat claims that its rival stole the visual design and concept for its Lightning Link machine and used the data on its Jackpot Strike machine as if it was a product of its own.  This goes against Aristocrats copyright policy that aims to ensure that its IP rights are protected and enforced worldwide. The company has a huge portfolio of IP that includes copyright, trademarks, skills, designs and technical know-how. It also regularly applies for patents in various regions to protect its creations.

Aristocrat believes Ainsworth did not just trespass copyright infringement, but deliberately misused trade secrets and confidential information. Responding to these allegations, Ainsworth said the company plans to ‘vigorously defend’ itself against these claims.

A Timeline of Events Leading up to Aristocrat’s Lawsuit

The trouble started when a former game designer of Ainsworth joined the Aristocrat team in March 2017 only to return to Aristocrat a month later. Ainsworth produced Jackpot Strike that same year. Aristocrat accuses the individual of studying and copying its specs, codes and all mechanics involved in the makeup of Lightning Link during his/her time at the company. However, Ainsworth says the similarities between the two machines is entirely coincidental.

Lightning Link, is a popular choice for many players in Australian and North American casinos. The game was produced in 2014, and sold well in the Australian market as well as in other parts of the world. The pokie offers operators 16 themes to choose from and all its games comes with jackpots and bonuses. It won the award for Land Based Product of the Year at the 2018 Global Gaming Awards and is labelled Aristocrats flagship pokie.