SkyCity has applied with the Hamilton Gambling Council to add 60 more pokies machines to their casino floor to replace three blackjack tables. This application has received a split decision amongst the council, and they have decided to open public submission on the application.

Mayor Andrew King was the one who wrote to the Gambling Commission to get the application open for public submission. He also pushed the deadline back to let the Hamilton City Council submit the submissions.

The City Council had a meeting in the weeks past, and there was a split decision on whether to go ahead and give SkyCity’s draft submission approval. 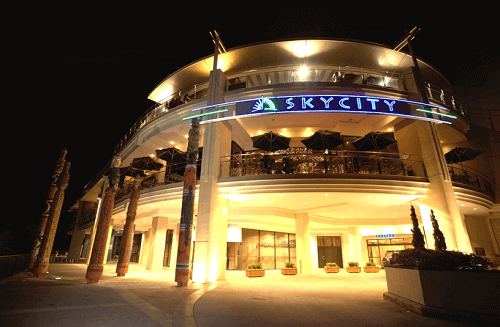 The reason that SkyCity decided to replace the three-blackjack table is that a lot of the casino visitors hardly spend money on them. What’s more, this would be the first time that a casino has made such a request. In a normal situation, the local Gambling Commission would be the one to decide on such a matter.

Councillor Dave Macpherson is one of the people who believe that the poker machines are the most dangerous gambling form in New Zealand. He also said that New Zealanders spend the most money on these pokies machines. According to Councillor Macpherson, the 339 pokies available at the casino right now are more than enough for the gambling venue.

Councillor Garry Mallet was for the addition and saying that the poker machines are not the problem but the gamblers. According to him, the casino has the right to find legal ways to boost their profit. He went on to add that the players spend voluntarily.

In the voting for whether the matter must be public submission, 11 votes passed to one which was from Councillor Mallett.