After SkyCity Hamilton announced its intention to remove its three blackjack tables and replace them with 60 pokie machines, there was backlash from the community and Hamilton’s councillors. 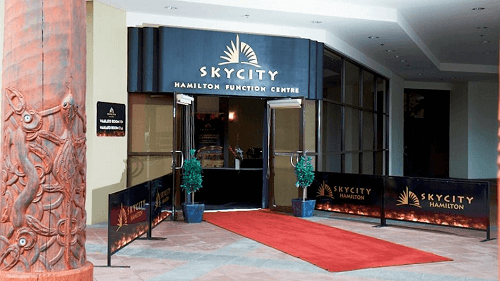 SkyCity Hamilton Public Hearing a First of its Kind

In an email sent to Mayor King, the Gambling Commission explained why it agreed to open the application up to a public hearing. “The commission has considered the novelty of the issues and the extent of local community concern. It has decided to broaden the scope for consultation and to hold a public hearing,” wrote the commission to King.

The move by the Gambling Commission is setting a major precedent. Since this is the first type of hearing of its kind, it could have an impact on future casino applications. “[Public consultation] is a small victory,” said Mayor King. However, he added that they still have a long way to go.

Councillor Dave Macpherson’s concern is that SkyCity Hamilton will become a “giant pokie bar” which will be far more difficult to regulate than smaller ones. “I think 339 pokies is more than enough,” he said. Should SkyCity win, the casino would have a total of 399 pokie machines.

Gambling addiction, especially to pokie machines, is pervasive in New Zealand. Councillor Geoff Taylor said blackjack involves some interaction with people as compared to replacing them with “soulless pokie machines”.

Adding Pokies is Not All Bad

SkyCity welcomes the development around their application. They claim that their proposal will remove three spaces. The three blackjack tables hold 63 players while the 60 pokie machines hold 60 players. Therefore, they aren’t creating extra gambling opportunities which is prohibited under the Gambling Act.

Furthermore, councillor Garry Mallett doesn’t see a problem with increasing the number of pokie machines. Mallett believes that it’s better for gamblers to play at SkyCity where there’s staff trained to recognise problem gamblers. Also, there are firm regulations in place which makes playing at SkyCity less harmful. They are “regulated to hell” and SkyCity’s survival depends on how well they follow the rules.

They are still yet to set a date for the public hearings.