The Melbourne Victory FC has cut ties with Kaishi Entertainment for shirt sponsorships. Due to the company’s online gambling ties, the Melbourne Victory FC bosses decided not to associate with them. Kaishi would have sponsored the kit for players on their Asian Champions League tour. So, what motivated the decision?

According to an official statement from the club, its concerns lie with the company’s online gambling ties. Having any association would contradict guidelines set by the AFC Champions League and the Melbourne Victory FC’s internal policies. Further, the club stated that a new partner would be announced late on Friday. 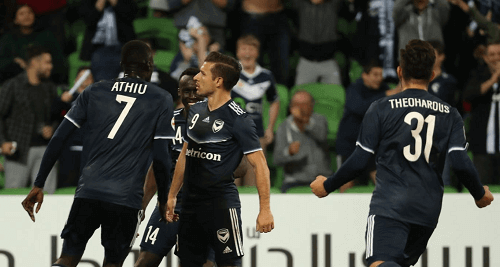 Whether or not they could renew ties is yet to be seen. So, for now, the club will be partnering with a Chinese electronics company for the remainder of the tour. The company, TCL, will have branding on the front of the shirts. More so, Melbourne Victory claims that the partnership is based on ‘mutual respect and shared values’.

It’s quite unlikely that this company needs any betting ties, since they have noteworthy business interests in Asia. This partnership seems just as beneficial to the Australian club for that reason. Here’s hoping that the deal will continue, even if the Kaishi agreement in unfrozen.

While European leagues choose to use gambling sponsorships, most Asian clubs prefer to stay away. In the club’s statement, they disclosed that the connection was discovered. Reportedly, Kaishi is a partner for an Internet betting business called Kashbet. Despite the fact that the Hong Kong company denied all claims, Melbourne Victory FC still removed all branding. Kaishi Entertainment specialises in media and branding officially.

It’s a lucky turn ahead of the tour, because the organisers of the Asian Champions League have suspended all betting companies’ sponsorships in the League. Initial statements by Melbourne Victory explained that the club wants to have further explanations and investigation into the ties. Still, they can’t be associated with betting for the tour to Asia.