Earlier this week, UFC Star Conor McGregor, was arrested in Miami Beach, in the United States. Reports have surfaced that McGregor was detained due to an altercation with a member of the public. In the incident, an onlooker was taking a photo of McGregor with his cell phone. The UFC fighter then grabbed the phone and smashed it on the ground. 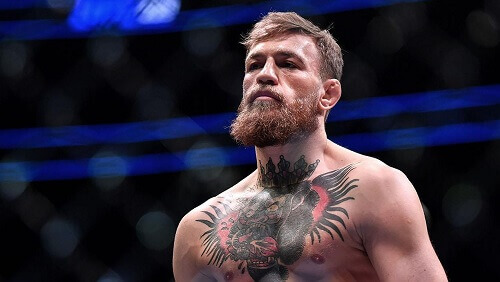 According to reports, McGregor was leaving the Fontainebleau hotel in Miami Beach on Monday. The incident occurred at 5 am in the morning, when a 22-year-old man tried to take photos of the fighter. The Irishman approached the man and grabbed his cell phone, before throwing it onto the ground and stomping on it several times with his foot. The device was broken, and the police were called to respond.

He was charged with strong-armed robbery and criminal mischief. Both of these are felony charges. He posted his NZ$18 200 bail and was released. He later posted on Instagram to address his fans, saying he is still working towards his capability for patience in the world and loves his fans dearly. His lawyer said the incident had been blown out of proportion, but that McGregor had pleaded his full support and cooperation with the police.

The UFC fighter has had an interesting last few years. He received plenty of media attention when he entered a boxing match against Floyd Mayweather in 2017. He was involved in an unfortunate incident in early 2018, after he attacked a bus carrying other UFC fighters. Several fighters on the bus were injured by broken glass

His last UFC match in October 2018, when he took on Khabib Nurmagomedov, who was the reigning champion. McGregor lost his belt due to inactivity and attempted to take it back from Khabib. The Irishman went into the fight as the underdog and lost. There have been talks of a rematch. However, Khabib’s manager has said there would be no rematch until he can prove he is serious about it and getting back to his previous form.