Paddy Power, the Irish online sports betting bookmaker issued an apology for ‘mistakenly’ including the name of a deceased football star in their advertisements. 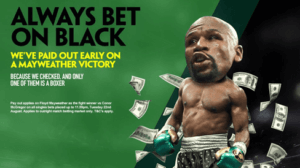 The bookmaker has been involved in yet another social media blaze for permitting gamblers to place bets on the England and Aston Villa defender, Ugo Ehiogu. More so, Ugo Ehiogu passed away this year on the 21st of April after he went into cardiac arrest at the training grounds of Tottenham. He worked there for twenty-three years as a coach.

It was only a few minutes after Paddy Power released the betting list and players raised hell upon the Irish bookmaker. Some of the players described Ugo Ehiogu’s inclusion on odd’s list for the bookmaker as being ‘sick’ while on the other side some said that it was quite weak.

The sports betting site did point out the fact that players only managed to place bets on the deceased footballer’s name for 5 minutes before they had to take the name down. Furthermore, they made a statement that explained how it was a genuine error and that a trader made a mistake by using an old template without noticing that Ugo Ehiogu was included.

The firm further added that they rectified the error as soon as it was spotted hence the reason why they quickly took down the name.

Paddy Power has been involved in a social media conflict not more than three weeks ago. The sports betting casino managed to grab people’s attention with a post that some looked at as being racist. This was an explanation they gave out as to why they decided to pay out on Mayweather against their citizen, McGregor. It’s clear how much impact social media has on what we do on our day to day lives. We will do all we can to keep players updated on the latest news.