Betting illegally on the World Cup has led to the most significant mobile chatting application in China removing users from its site. About 50 000 accounts and 8 000 group-chats were participating in illegal sports betting during this World Cup season. WeChat made the announcement last week that it has removed the accounts that were involved. 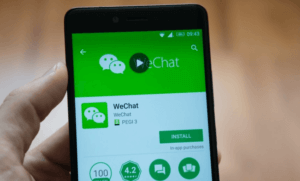 WeChat reported to the media that the move which was made by the Chinese government to take down hundreds of sports betting sites right before the World Cup began led the masses to migrate to social media. The company released a statement saying that they are appealing to the majority of WeChat users to watch the World Cup rationally. They added that the users must respect the spirit of the game and try to keep away from online gambling.

Fifty thousand players do sound like a lot of customers, but in reality, it’s just a drop in the ocean. WeChat is one of the hugest social media apps worldwide. In the first quarter of 2018, it had about one billion active users per month.

Proxy gambling (wagering through a betting or online casino service via third parties) is massive in China. WeChat acts as a channel that Chinese players use to bet on foreign sports betting sites or casinos. Proxy gambling has been banned in China, and this is the reason why WeChat is against players betting on the World Cup through its app. The Chinese gambling market has gone soccer crazy since the World Cup started. Currently, it is one of the leading betting markets when it comes to sports betting.

According to the Chinese Sports Lottery site, approximately NZD$4 billion has been wagered in the Chinese market during the first fortnight of the 2018 FIFA World Cup.

This World Cup season has many online casino players excited and hoping for a big win. Some have won, and some have lost, that’s just how online gambling works. Be sure to visit Kiwi Casinos for the latest online gaming news in NZ.