French roulette is one of the famous versions of the all-time casino game Roulette, in New Zealand. This version is very similar to European Roulette. One might say the games are the same except for a particular rule that is only found in French Roulette. Read on and learn more on why New Zealanders like French Roulette better. 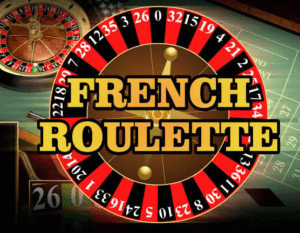 American roulette is so different from French and European Roulette. However many players in New Zealand don’t recognise it at face value.

The extra slot found on American Roulette is for the double zero pocket (00). Another difference is that this version of Roulette comes with a significantly high house edge compared to the other two. This means that players in New Zealand have lower chances of winning when playing Roulette.

The main difference between the two variants of Roulette is the house edge. More so, the casino game has a particular rule that makes it more of a better choice for players in New Zealand.

The La Partage rule in French Roulette decodes to ‘the rule of sharing or dividing’. This means that a player gets to keep 50% of their bet if the ball lands on a zero on the Roulette wheel. However, the rule is only applicable if the player had made an outside bet with any of the two possible outcomes. For instance, it may be high or low, odd or even and red or black.

To sum it all up, New Zealand players stand a big chance of winning when they play French Roulette online. The La Partage rule and the single zero play a huge role in lowering the house edge from 2.70% to 1.35%. Why not register at any of the online casinos we feature and stand a chance to win big today!