European roulette is the most loved version of the traditional Roulette casino game. Players in New Zealand have been playing this casino game for a long time now. 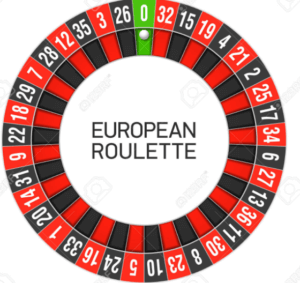 Comparison between the European Roulette and the American Roulette

The two versions of roulette have different wheels. On the American version of roulette, an additional zero was inserted on the wheel.

So, American roulette wheel consists of double zeros whereas the European roulette has a single zero.  Consequently, this has an effect of the house play. With the single zero, European players will have better odds of winning the game.

Here is a table that will help New Zealand master the differences between the variations of roulette:

Comparison between the European Roulette and the French Roulette

There’s not much difference between the two variations. The only difference is the La Partage rule in the French version.

The rule states that is the balls lands on a zero on the roulette wheel, all the bets will be divided into two, and the player will get half of their bet back. The French roulette is even better than the European one because it lowers the house edge down to 1.3%.

With the rate at which online casinos are growing in New Zealand, European roulette lovers don’t necessarily have to visit a local casino for then to enjoy the game. The casino game comes with its perks such as low house edge and is easy to play. So Kiwi gamblers why not give that European wheel a spin and see if the odds will be in your favour!