An Australian casino restaurant has been fined AU$257 000 for underpaying 54 employees. The matter was for 2015 and 2016. However, this was a repeated offence.

What’s more, when confronted with this matter the respondents said they were too busy to deal with the underpaying of their employees. Affected staff includes chefs, kitchen hands, waiters and other various roles in the café. 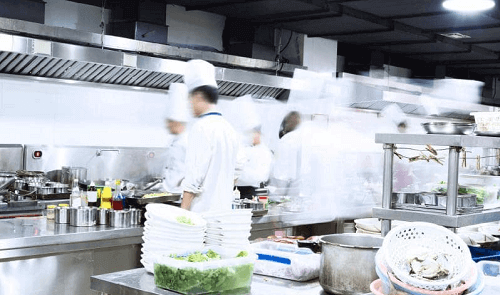 Affected Employees at the Casino Restaurant

The casino restaurant which is located at the Crown Casino in Melbourne was underpaying the employees a combined amount of $73 347 using flat rates. This meant that this undercut the minimum privileges for ordinary hours, casual and overtime work. It also meant that there was no penalty rated for working public holidays, weekends, late nights as well as early morning.

25 of the workers where in the country with a visa and came from India, France and Italy. About 417 were in the state mainly on visas for holiday work and studying.

The case was brought to the Federal Circuit Court after three workers who used to work at the casino restaurant took their action. In 2014 and 2015, Ital One Holdings was then ordered to compensate the staff with $32 000 in back-pay.

Sandra Parker of the Fair Work Ombudsman commented on the matter saying the repeatedly breaching the Fair Work Act is unacceptable and has serious consequences. She went on to say, “The Fair Work Ombudsman litigated after previously putting Mr Di Pietro and his company on notice about paying the minimum wage and penalty rates. We have no tolerance for an employer that fails to act on our advice, particularly where a court has previously ordered that same employer to back-pay workers.”

Judge Heather Riley had this to say about the matter. “[T]he [company] had been found by this court to have broken workplace laws in substantially similar ways on three previous occasions in the recent past. The respondents have shown no remorse, but sought to minimise their behaviour with complaints of being busy.”