One of the world’s leading sports betting sites, Sportsbet is suing one of its biggest competitors – Crownbet due to  Crownbet has attempted to rebrand itself as Sportingbet. 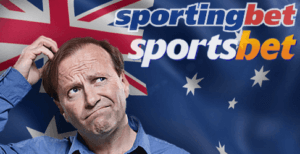 On 18 June, the media reported that the Australian online gambling operator, Sportsbet filed a lawsuit contending that Crownbet was overstepping Sportsbet’s trademark by attempting to rebrand itself as Sportsbet.

Details on why Sportsbet is Suing Crownbet

Crownbet, which was bought by leading online casino gambling operator, The Stars Group, reported to the media that they were planning to expand their operations by rebranding the operation Sportingbet. CrownBet resorted to changing their brand name after attaining the Australian operations of the UK bookmaker William Hill in March 2018.

Two months later, Crownbet applied to trademark Sportingbet and later applied to have the name registered with the ASIC (Australian Security Investments Commission). Sportsbet allegedly sent a letter to Crownbet and demanded that they withdraw the application and demanded that CrownBet dump its rebranding efforts. However, CrownBet’s advocates rejected all the demands from Sportsbet and thus, the fight was on.

On 21 June, the plaintiff claimed that Sportingbet and Sportsbet are similar and that this would confuse players and make them assume that the two are linked in some way. Sportsbet has been operating in the Australian betting industry since 1991 and in their online gambling market since 2003. So, they do not want Crownbet to somewhat benefit from that because of the similarity in the brand names.

Sportsbet continues to press charges against Crownbet as they have asked the High Court for both, temporary as well as permanent restrictions against Crownbet rebranding to Sportingbet. They also filed for damages and costs against this matter. A court hearing for this case has been reserved for the 25 July 2018. Be sure to keep checking our website for the latest online gaming news in New Zealand