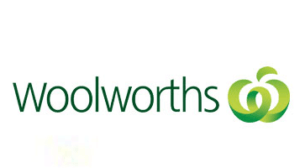 Gordon Cairns was in an awkward position during the AGM (Annual General Meeting) that occurred on Thursday as he faced the anti-gambling attacks from the shareholders against the company’s poker machines. A report from The Guardian claimed that the chairman of Woolworths was surprised over claims that problem gambling in Australia was initiated by the company’s obligations of higher wagers on pokie machines.

Why Woolworth Rejected the Proposals

Cairns was asked if Woolworths would also be like its competitors in putting the NZ$1 bet limit on poker machines. He argued that there isn’t empirical evidence that will prove that this might reduce problem gambling.

Furthermore, Cairns made it a point to remind the stakeholders of Woolworths that the company was a leader in the voluntary pre-commitment system. This is a system that allows casino players to put a maximum ‘spend amount’ on the poker machines.

Before this, he added that their company is one of the most responsible operators of casino gambling machines in Australia. And that as a company they will stand to have that statement validated by a reputable casino authority that will be visiting them from Canada.

When confronted by someone who was once a gambler, the chairman explained that the company has been and will remain committed to making sure that problem gambling does not increase. Woolworths is reflected to be Australia’s most prominent poker machine operator. This is because of its major ownership in the AU leisure & hospitality group that operates over 330 hotels.