Home » Why is it called Craps?

Why is it called Craps?

Craps has grown to be one of the most popular games in the realm of gambling. As a result, you’ll undoubtedly find the game being played at both land-based and online casinos. One of the many reasons why gamblers enjoy playing craps is because of its house edge. This means that even the rookie players stand a chance to win big when it comes to this game.

If you’re interested in knowing more about online craps, then you’re quite lucky as we have compiled this with four in-depth points, explaining why it’s called craps. Our guide will also make you aware of some of the things you might not have known about craps. So, read on below and find out more about playing the game of craps. 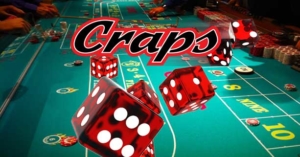 Our team of expert gamblers has compiled this guide with all the top four facts that will give you a detailed answer to the question in hand. These are:

1.Why is it Called Craps – Craps History

Initially, the craps game was originally known as Hazard, dating far back to the medieval times. As the years went by, the game also advanced and finally made its way to the USA. The game was introduced in the USA by the British and French Immigrants. Since then, its name then changed to Craps, which is a French word for a toad. When it comes to naming the game, a lot of historians propose that it might have been due to the way in which gamblers used to squat while playing the game.

2. Four Dealers are Needed to Manage the Craps Table

In local casinos, the craps table is mostly one of the best gambling tables to be at. In fact, you’ll find that there are a lot of players around the craps table as compared to other gambling games. This is also because of its unique nature, like how the game requires more dealers when playing. This might also be the reason why there aren’t many craps tables in land-based casinos. However, this is not the case when it comes to playing craps online. Because of the technological advancements, online casinos come with a lot of automated functions, filling in the gap for the four dealers. 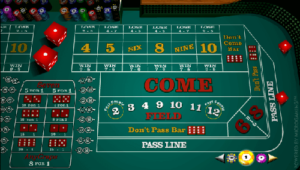 3. The Longest Dice Roll in Craps Lasted for Four Hours

Patricia Demauro, a grandmother from New Jersey, USA, managed to beat the odds as she rolled the dice for 154 times for four hours.

4. Craps Probably has Many Superstitions compared to Other Games

The game of craps is linked to so many superstitions. For instance, you might have already heard of one that says to have Lady Luck on your side, make sure that you throw a penny under the table before you start playing. Many of the superstitions in the game also have something to do with the ‘lucky number’ seven. You’ll often hear players referring the number as ‘the devil’ because just the mere mention of it might just bring you some bad luck.