Tiger Woods, one of the most famous golf players in the world will be having his comeback after his surgery. This will be at the San Diego Tournament, and he is hoping that this one will go better than 2017. 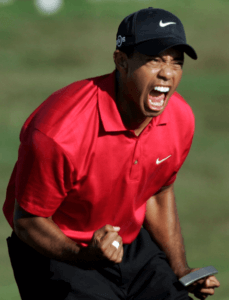 Tiger Woods has dedicated his time to participate in the PGA Tour for Farmers Insurance Open that will take place in the last week of January 2018. Also, the famous golf star also tweeted that he will not only be playing at the Farmers’ tournament but will also play three weeks after the tournament again. He will be playing at the Riviera Country Club, at the Genesis Open.

At the previous Los Angeles Open, Tiger Wood got his sponsor’s exemption at the age of 16, to play golf in Cypress, California which was approximately an hour away from his home then. At present day, this is one of the activities that also benefit his foundation.

What Tiger Woods Fans Are Saying

The golfer’ fans, as well as online casino gamblers, have been rooting for Tiger Woods to come back from his injury. Though sports books have not yet provided the odds for the PGA four day Tour at Riviera Country Club, they have already listed various proposition bets on how they think Tiger Woods will perform this coming season.

He is sitting at 25-1 for him to win the Tour money list, 10-11 to cut in all majors and 9-2 to get his 15th championship. Last year, the lowest he got for his to acquire his green jacket was precisely 25-1. The time he missed the cut, it rose to 50-1 and lastly went up to 100-1 the time he had to withdraw from his Dubai event. He ended up having his back surgery soon after the withdrawal.

Tiger Woods is quite confident he will perform better at the Farmers in comparison to 2017’s 76-77 two rounds. More so, he is quite familiar with the golf course, and his had success on it before. More so, he has a history of winning this event seven times. We only hope for the best as always. Sports bettors, are you ready?