The great merge between Tatts-Tabcorp betting organisations has once again fallen in yet another limbo. The federal government has held a petition in pursuit of blocking the merger. 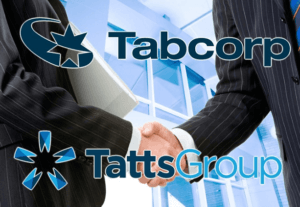 The AU$11 billion deal between Tatts and Tabcorp has been tossed back to the Australian Competition Tribunal by Justice Nye Perram. However, the public is told they have to wait for at least five days for them to know the reason for this petition.

The ACCC (Australian Competition and Consumer Commission) is quite pleased that the government has set aside the decision though the reasons are not yet revealed to the public. ACCC had been up in arms over this merger. The organisation believed that the merging of the two lottery giants would reduce the competition in certain online gambling sectors.

Furthermore, their suspicions escalated when Tatts-Tabcorp decided to withdraw their ACCC application and chose to apply for the court-run ACT instead. The ACT approved their request based on the fact that this union would give players more benefits than harm.

It’s important to know that the ACCC isn’t the only organisation that is not in favour of this union. CrownBet also jumped for joy when they were informed about the petition of the merger. They said that Tabcorp and Tatts coming together would be bad for competition. Meanwhile, Tatts and Tabcorp refer to the court’s decision as a ‘major setback’.

Both giant firms have been under some intense pressure to have the deal sealed. This follows the drastic dropping of their profits in the recent fiscal year.

Also, the merger was expected to have been finalised by the end of this year. So far, this has cost Tatts a total of AU$18.53 million.

Calls for these two leading betting companies not to merge have been growing louder and louder. However, at Kiwi Casinos; we will do the best we can to keep players updated on this matter.