One of the leading UK casino gambling operators, Bet365 has been sued by a student. The student is suing the online casino for refusing to pay out almost £1 million of winnings earned on a bet that was placed in June last year. 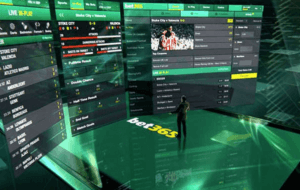 Megan McCann, who at present lives in Northern Ireland, placed a total of about £25,000 on 12 horses in different races. She should have won an amount of about £985,000 on her winnings. However, the online casino operator made an argument that the student, Megan McCann, violated some terms and conditions that resulted in her not qualifying to collect her winnings.

As a result, Megan decided to take the matter into her own hands by bringing it to the state’s High Court. The defendant of the case is the parent company of the online gambling operator, Hillside (UK Sports).

Bet365’s spokesperson made a comment to the media, explaining why Megan can’t collect her winnings. According to them, Megan placed her bets with the assistance of a third party. The online casino’s terms and conditions state that they do not accept third-party bets. Simply put, an online bettor should put their whole stake on their own.

More so, the spokesperson added that the online casino did carry out an investigation which showed that Megan had committed serious violations. Consequently, they believe that the court will rule in their favour.

Bet365 Online Casino – The Student’s Side

On the other side of the coin, Megan claims that she actually received a call from the staff member of the online casino who was congratulating her on her winnings. After that, she was told that she would have her winnings within the following two days. Obviously, that did not happen. Instead, she, realised later on that her online casino account was suspended.

Megan hired a lawyer, Andrew Montague, to represent her. Montague was hired before by an online sports bettor, Mr B Curley who was also refused his winnings by Gibraltar Gambling in 2010. When approached by the media, Megan refused to make any comments now that her case is in progress at High Court of Belfast.

Bet365 was founded in the year 2000. And since then, it has grown to be one of the premier online casinos available. Despite the good reputation it has made out, we urge online casino players in New Zealand to be more careful when they place their bets. You wouldn’t want to be stuck in a situation like this.