An AU gambler, Stephen Fletcher,  managed to make NZ$56 000 out of the AU1 600 he had after he pulled off an upset win at a horse race five years back in February 2013.While he was still in a mood of celebrating his winnings and the attention, many people started questioning how managed to do what he did. The truth is here, and the online casino player is looking at being charged with fraud. Read on and know how below. 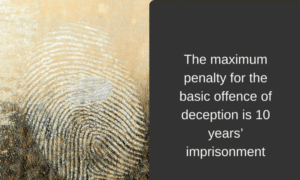 Edward Ridgway foresaw Alma winning the race that day. The racing tracks were wet, and normally this would result in the horse performing poorly. It has always been the case apart from one race. This race triggered an investigation to be opened which then led to a long history of fraudulent betting. All these bets were conducted by one person, known as Stephen Fletcher. The guy was already in trouble for receiving confidential information regarding gambling.

Since September 2021, Stephen Fletcher has used different identities that belong to 77 individuals, including policemen as a way to continue his betting activities. More so, he has been proved to be behind the wagers that were placed in Australia, Singapore as well as Hong Kong. He once used someone’s account in a horseracing competition that took place in Hong Kong and turned AU$233 to NZD$13 774. Also, in February 2013, he made about 28 bets under different bets in racing competitions that were ranging from greyhounds in Australia to Races in Penrith.

Stephen Fletcher so far has 78 charges against him, of ‘obtaining a financial advantage by deceiving the other party’. Each charge has a ten-year sentence in prison. However, the police are still gathering all the evidence in making sure that it’s really him before they put away the wrong person.