The SKYCITY Entertainment Group Limited saw their shares surge three per cent this past Tuesday in expectation of a strong first-half financial report. The report will be released on 13 February, and if you were hoping to get your hands on a piece of the Auckland-based casino, it will set you back $3.83.

The expected operating earnings indicate a $189 million in earnings, about 10 per cent increase from last year. These figures take into account the normalised net profit of SkyCity, which is expected to stay at $97 million –  a leap from last year’s $90.3 million. 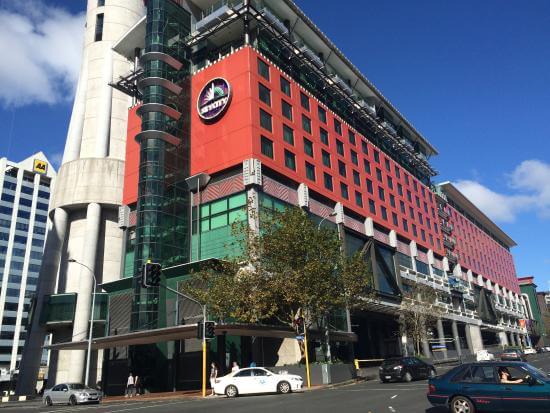 SkyCity Goes from Strength to Strength

The guidance report is propped up by SkyCity’s full-year results to June 30 – a push that will see it edge previous guidance results. Despite the increase, SkyCity is less optimistic about maintaining growth in the second half. SkyCity’s previous results left little to be desired, largely due to their Darwin casino outlet’s returns. The city’s gaming laws have since changed to allow more gaming machines and this bodes well for the casino. With a host of other ventures on the pipeline, SkyCity may just ride the wave of high-profit margins.

More High-Profit Margins on the Way

Rumour has it that SkyCity is set to venture into online betting. The announcement was made last year which will see the casino partner-up with an off-shore gambling site. The move was met with much criticism, with the Problem Gambling Foundation being the most vocal antagonist to the deal. The anti-gambling ground explained that there are already enough online gaming options in New Zealand.

Also on the cards for SkyCity is a state-of-the-art building dubbed the New Zealand international conference centre.  The building will be situated next to the casino, and Kiwis will get to see the All Blacks live. If you can’t wait until the launch of SkyCity online casino, head over to our recommended casinos and win.