Home » Quickspin Releases A Ticket to the Stars Pokie Game

Quickspin Releases A Ticket to the Stars Pokie Game

A Ticket to the Stars is the latest pokie game to be released by the famed Swedish casino games developer, Quickspin. The space-themed slot sees New Zealand players spin the reels in the hopes of winning a ticket to the stars. (Hopefully, Mars too if you’re Elon Musk). 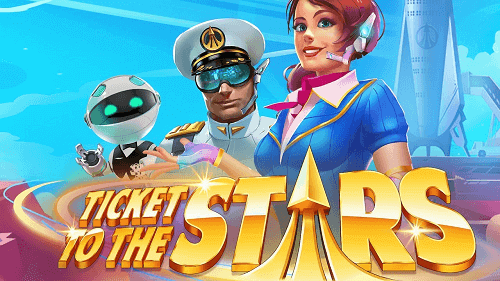 A Ticket to the Stars Gameplay & Features

A Ticket to the Stars is a highly volatile five-reel pokie game with a total of 243 paylines. The game features a wonderous story where players aim to make it to the stars. The beautiful imagery is complimented by the film-like soundtrack that will leave players believing that John Williams composed it.

Symbols consists entirely theme-appropriate images including gemstones of multiple colours, champagne bottles, a robot butler, pilots and stewardesses. (You’ll really feel like you’re in a scene from The Jetsons!) The game does feature a wild symbol, which is a golden ticket. The title’s scatter is a control tower symbol.

Play A Ticket to the Stars Online Now

New Zealand players can visit outer space in A Ticket to the Stars at any Quickspin-powered casino recommended by KiwiCasinos.nz. Sites include Dream Vegas and Mr Play from our exclusive list. So, sign up today to get some exclusive bonus deals.