The net financial revenue of one of the leading online casino operators, Playtech, hit a break-through last year as a result of the strong base they had in one of their markets – Asia. 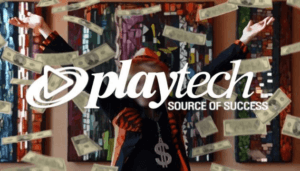 In one of the regulatory meetings, Playtech reported that the overall revenue of the company improved by 18% from NZD$708, 6 to NZD$ 991, 9 million within the 12 months that ended in December 2017. In the interim, the adjusted earnings before tax, amortisation, interest and depreciation also increased by 11% to NZD$395, 8 million.

The online casino operator’s latest and double-digit increases in 2017 paled when compared to the 20% revenue growth that Playtech achieved in the year before, 2016. However, Alan Jackson, the chairman of the company was very impressed with their financial results as he noted that 2017’s figures were going in line with the reviewed growth expectations that they had in November.

Sometime last year, Playtech has to give out a profit warning and at the same time revise their 2017 financial revenue issues in Asia, in October. This was precisely for the gray market in Malaysia. However, Alan Jackson reported that there hadn’t been any changes in the Malaysian market and that they were still capable of implementing mergers that would assist in driving increased growth in revenue as well as diversifying its base.

Adding onto this, Jackson further reported to the media and said that they are still looking into diversifying their financial revenue even more by investing in fast, secure and regulated markets in Latin America as well as Europe.

On the other side of the coin, Playtech’s stocks fell 10.9% at NZD$0.69. This happened after the online casino operator warned the media of a drastic fall in its stocks in 2018. However, this does not mean that the company is at its worst because better is yet to come from the best online casino software providers in New Zealand!