New Zealand Minister Demands a Re-Write of the Gambling Law

The minister of Internal Affairs in New Zealand has demanded a re-write of NZ’s gambling laws to stop online casino gambling adverts on the local television. For about a week now, New Zealand’s local magazine – The Spinoff  has been publishing alarming articles about JackpotCity advertising its online casino site on Kiwi TV. The Ads were associated with a Trojan horse with the intention of tricking players into visiting the casino’s real money page. 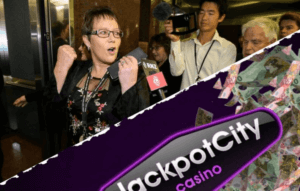 The Spinoff magazine believes that JackpotCity’s real intention is clear, if one doesn’t remember the advert telling them to visit the dot-net website; they can simply go on Google. There, they will search for ‘dot-net’, the casino’s dot-com version will appear. Quite clever huh!

However, currently there’s no law prevents JackpotCity Casino from advertising its free play website in this manner. In October 2017, a New Zealand citizen believed that promoting real money online casino gambling on national television was against the law. So, he complained about JackpotCity’s Ads to the New Zealand Advertising Standards Authority. Unfortunately, they said there were no solid grounds for them to take action against the complaint.

The Minister of Internal Affairs in New Zealand, Tracey Martin, reported to the media that the government will produce an updated legislation. The reason is to manage the new developments which were unforeseen in 2003 when the gambling laws were last updated. However, she did mention that both JackpotCity Casino and the MediaWorks (the company that operates the TV channel) did not breach any law.

Up until the new law is drafted, Tracey Martin encourages New Zealanders to start writing a lot of letters to the CEO of MediaWorks to express their outrage. She further suggested that Kiwis also contact all credit card companies. This will pressure the companies to stop processing payments for casino gambling websites apart from the state-owned New Zealand TAB.