New Zealand players must brace themselves for this latest online pokie game powered by Microgaming – Lara Croft. 2019 is already promising to be an excellent year for all the online pokie fanatics in NZ when they take a look at the upcoming pokie announcements. Microgaming recently reported to the media that it would be celebrating a 15-year partnership with Square Enix by releasing an exciting third version of Lara Croft. 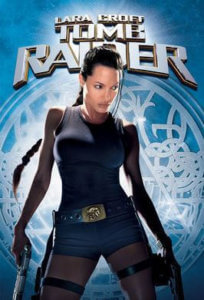 You might be a huge fan of the original version, or maybe you are just starting a new journey with the latest version, it can’t be denied that Lara Croft pokies online are just outstanding! So, read on below and find out more about this new game.

Tomb Raider, released in 2018, is about Lara Croft, a motorbike courier whose father randomly disappears. Eventually, she inherits her father’s colossal estate (Croft Manor) where she discovers a secret chamber.

In that chamber, she saw a video message that her father had left for her with information of his mysterious research. Though in the end, the father advises her to get rid of the research and destroy it, she ignores that and finds out more about the research instead. She makes her way to Hong Kong and this is where the exciting adventure begins!

Though Microgaming has not yet released any detailed information about the online pokie’s game structure, bonus features and promotions, at Kiwi Casinos we know for sure that this upcoming Lara Croft Slot will be exciting as it is based on the story portrayed in the movie.

Where to play the New Lori Croft Pokie in NZ

Though we aren’t sure yet of when the online pokie game will be released, we will most certainly keep you posted on where to play the game once it’s available to all New Zealand gamblers.  But rest assured, the top-rated sites we feature will most certainly be one of the first NZ gambling sites to have Lara Croft in their game libraries.