Kenyan betting operators are relieved that the legislators declined the plans to drastically hike the betting taxes even though retaining the hikes for other gambling operators. 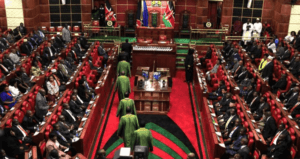 The Kenyan parliament rejected the proposed plans to increase Kenyan betting operators’ tax from 7.5% of revenue up to 50%. The proposed change to the Lotteries, Gaming Act and Betting was to be part of the finance bill. The bill sought to impose 50% tax on all gambling revenue. Whether its lotteries, betting or gaming.

Henry Rotich, the Treasury secretary, reported that the proposed hike in taxes was to generate revenue for the government and also act as a way to discourage local gamblers from going overseas. However, SportPesa, a Kenyan betting operator, mounted a legal challenge that the increase in tax was unconstitutional.

The proposed law was rejected on Wednesday by the Finance Assembly Committee. They issued a report that states that the increase rate was punitive enough to discourage the activity. Furthermore, some government representatives opposed this, advising the members of the Assembly to ‘abide by proposed law for the good of the society.’

The proposed law on the rise in betting tax has been opposed by many sporting bodies in Kenya. With that said the KPL (Kenya Premier League) is confident in this case to bite the hand that it feeds from and oppose the proposed law.

On Thursday, the members of the Parliament voted for retaining the current 7.5%. However, betting was the only exception. The new 50% tax be imposed on the lottery, prize competition revenue and gaming. The MPs decided to meet again for another meeting next week with the stakeholders and the Treasury to determine if they should maintain the 50%tax rate or not.

If the tax is increased on online gambling, this might affect the gaming for New Zealand players. We at Kiwi Casinos will do all we can to keep Kiwis posted on the latest changes that may affect them.