Japan is now limiting the number of local citizens and guests that play at land-based casinos. More so, the country’s government is currently working on the second phase of the legalisation of local casinos in Japan. 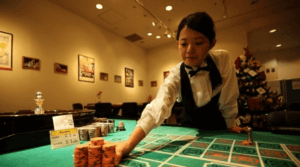 The government is doing this by creating a bill that may set the proposed principles where its nascent industry of casinos will be regulated. This is called the Implementation Bill. The citizens of Japan will now be requested to present ‘My Number’ identification cards when entering into any land-based casino. On the other hand, foreigners will be asked to identify themselves using their passports or any other identity documents they may have.

What the media says about Casinos in Japan

Media reports state that the government is planning on having a maximum weekly and monthly cap on the number of players that can visit local casinos. However, the actual number of maximum visits is yet to be announced.

Under the prearranged rules, all land-based casinos in Japan will have limited access to all of their gaming floors. This will mainly be for self-declared players that have a problem with the behaviour of casino gambling. Also, it will be for those who have been declared by their families and friends that as problem gambling players and lastly, for under-aged people.

Casino gambling was only legalised last year in Japan. This was after a couple of years of prolonged discussions. Over whether casino gambling is best for the country or not. More so, it is believed that by August, there will now be more information on the maximum number of visits allowed on a weekly and monthly basis at a casino. 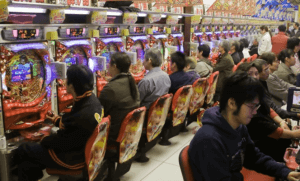 In a nutshell, the Implementation bill might be voted on late this year. Also, the first casino resort in Japan might open its doors in 2022 or thereabout. The plan is to see the casino industry of Japan established by 2020, right before the Tokyo Summer Olympics.

After the Olympics, it’s hoped that the new casino industry will increase tourism in the island nation. Sporting events are known to increase visitors to countries, such as Brazil in 2016. Many people were impressed with the vibrancy and energy of Brazil, and not just the annual Carnival.

At Kiwi Casinos, it is one of our aims to provide players in New Zealand with the latest casino news that may affect them, both locally and internationally. So for the best casino news, look no further than Kiwi Casinos!