IGT Purchases Back the Outstanding Notes

International Game Technology commonly known as IGT is rebuying their outstanding notes of a total of NZ$374.5 million. 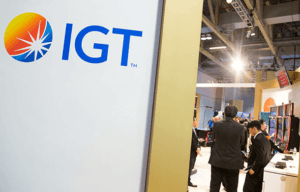 On the 26 June 2018, the leading online casino gambling operator reported to the media that they have just submitted a tender offer to purchase the outstanding secured notes that are due in 2020, from its stakeholders. According to IGT, their intention for the tender offer is to try and extend the weighted average maturity of IGT’s debt.

Details on IGT and the Purchase

The current stakeholders were offered NZ$1 224 for every amount of the 4.12% notes. The online casino’s offer affected the previously agreed upon purchase date of 18 June 2020. It is reported that the holders can only give feedback on the 25th of July 2018.

The company that was managing the tender, Lucid Issuer Services Limited reported to the media that there was NZD$436.6 million worth of notes were tendered before the offer was about to expire.

IGT announced to the media that the final verdict of the mount was NZ$374 495 000. The managers of the offer were Deutsche Bank, London Branch, Societe General and BNP Paribas. In May, the company’s net worth increased by more than NZ$200 million to about NZ$7.52 billion. It seems as though regardless of the tender, IGT is still doing well in the gambling industry.