Many of the smaller clubs are not supporting the motion to restructure the NZ horse racing industry. This is because the plan would force them to stop operating, sell their land then take the money to a central pool. This pool of funds (their money) will then be used to upgrade the bigger race tracks. 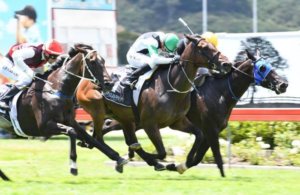 The smaller clubs amount to twenty, out of the forty clubs in NZ. This idea was introduced by John Messara, a horse breeder and owner who is also the chairperson of NSW (New South Wales). The smaller cubs are turning down the plan saying that this is just a way of confiscating their business and assets. Read on below and learn more about this interesting story.

The good thing is that the law is likely to be on the smaller clubs’ side. According to the president of Gore Racing Club – Justine Abernethy –  the club’s constitution of 1889 states that if the club is ever to be shut down; the land is to return to the community.

Another club that is over 120 years old – New Plymouth’s Stratford Racing Club – currently houses over sixty horses in training. Their land is worth approximately NZD$2.3 million and is owned by the club. The president of Stratford Racing Club reported to the media that they didn’t think that the recommendation letter would have them shutting down the training centre and selling up.

Another example of the small clubs that is worth a million bucks is the Egmont Club. The land where the club is located on is worth more than NZ$3.5 million, but it’s privately owned. Karl Stratton, the club’s president, asserted that as the owners what they don’t want is having someone holding a gun to their head saying that they need to give them the money when it doesn’t belong to them. That’s what most; if not all of the small clubs are against.

This matter has reached the hands of New Zealand’s minister of horse racing – Winston Peters – who will be reviewing the recommendations made by John Messara, together with other officials.