Hall of the Mountain King to be Released on 14 May

Hall of the Mountain King is the next major pokie game planned in the pipeline for Swedish casino game developer, Quickspin. The game makes use of fantastical theme that features trolls, orcs and all sorts of other creatures that would seem befitting of a J.R.R Tolkien novel. With what we’ve seen so far of the game, NZ players are sure to feel as if they are going on an epic journey like no other in this title. The only extra is that you have a very real chance of taking a prize home. 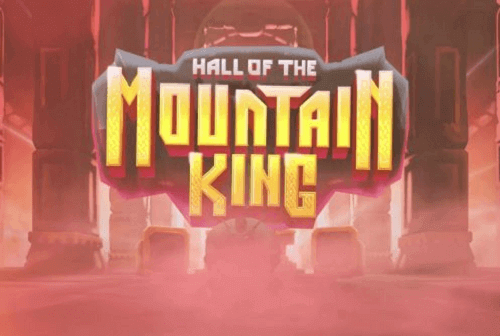 Hall of the Mountain King is a five-reel pokie game with three rows and 20 paylines. The passion the Quickspin team put in on the game can be seen in the fact that it is made up of great visuals and an epic soundtrack that inspires ideas of bravery and heroism.

The game features a mixture of symbols. This includes playing card designs and theme-related designs. Some of the symbols inspired by the theme include the orc king, a golden shield among many other colourful orc characters.

There seems to be quite a lot of depth to the game. The title features a super stacked bonus mode that is sure to win you some cash. Players move through levels collecting symbols and features that will ultimately lead to them winning multipliers and extra free spins.

Hall of the Mountain King will be available to play at our recommended Quickspin-powered casinos on 14 May. The game is sure to be hit with all players that love books such as The Lord of the Rings. Or, even video games such as World of Warcraft. Sign up today to be first to play it – you will even get a bonus to do so!

For the latest NZ online gambling news, make sure to keep it here at KiwiCasinos.nz. We are the best place to visit for casino news!