The English Football Association (FA) has charged Former Manchester United star, Paul Scholes, with betting misconduct. The governing body claims that the former midfielder breached the betting rules while he was still the director and co-owner of Salford City. Scholes has allegedly placed more than a hundred bets in the past four years to January this year. The 44-year-old could face a fine or complete ban. Read on for more. 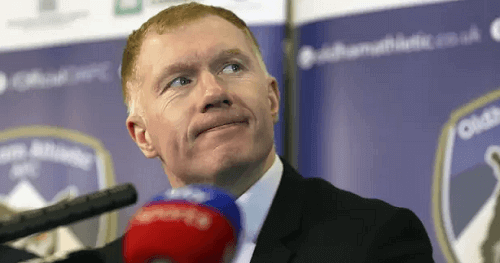 The FA released a statement about the charge against Scholes on Tuesday. The statement read: “Paul Scholes has been charged with misconduct in relation to The FA’s Betting Rules.”

In England, football players and officials are not allowed to place wagers on any betting games. “The rule of thumb is that if you work in football you cannot bet on football,” said an FA spokesman. “It doesn’t matter if it is a bet on a different club or a different country. If you are a participant in football, all bets are off,” the spokesman added.

The FA has given Scholes until 26 April 2019 to respond to the charge. If he’s found guilty, he will be fined or suspended.

Robert Snordgrass, the winger for West Ham and the Scotland national team, was served with a one-match ban after he was found guilty of misconduct towards UK Anti-Doping officials.

It was alleged that his language and/or behaviour towards UK Anti-Doping officials, who were visiting West Ham United’s training ground on 6 February 2019, was abusive and/or insulting and/or improper. The player has been given a one-match suspension, which is not currently active whilst he considers his right of appeal, and fined £30,000,” announced the FA.

Stay tuned to our Casino Site for more gambling news and updates!