Ecuador Gambling Ban Could be reversed

The Ecuador Gambling ban could be reversed if the Association of former Casino Workers of Ecuador (ETCE) has its way. The organisation is arguing for the economic benefits of gambling in the country. The leader of ETCE, Mauricio Villacis, handed in proposals to various departments in the government with the hope that the issue will be noticed.

Villacis told the media that the legalisation of casinos both land-based and online could see the production of approximately 20,000 jobs. The legislature has the potential to bring in NZ$400 million in investment as well as a lot more money gambling levies.

The government argued that the gambling ban was imposed because of the social problems that were related to gambling. The Ecuador Gambling Ban came in effect in 2012 following a referendum in 2011 that gave President Rafael Correa the power to eliminate gambling venues. Illegal gambling venues were given strict instruction to close with immediate effect in September 2011 then legal casinos followed six months after. 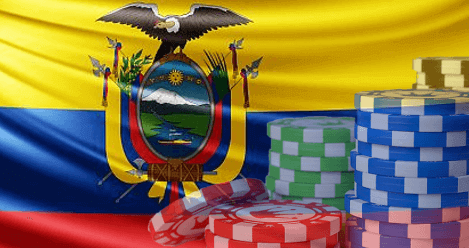 The Reversal of the Ecuador Gambling Ban Gains Traction

Jorge Yunda, the mayor of Ecuador’s Capital City: Quito, is considering conducting another referendum to see if the public view of gambling has changed since 2011. ETCE has also told the media that it has been able to convince other elected officials of their argument for the reversal of the gambling ban.

Villacis also noted that Ecuador residents didn’t stop gambling simply because it was banned. Ecuador gamblers found other means of gambling like going to neighbouring countries like Peru and Colombia. Villacis argued that the money that could have been spent within the Ecuador borders was being spent elsewhere. He further claimed that Ecuadorian gamblers account for 15% of these countries gambling revenue.

If the residents of Quito approve of the deregulation of the Ecuador gambling ban, it could result in a revival of the casino market in Ecuador. ETCE is confident that once this happens, other cities will undoubtedly follow.