Pokies Games Responsible for Most of the Increase

Pokies players are amongst the most enthusiastic players you can find. Their love for slot machines typically borders on the medical classification of addiction if left unchecked. The total spend on pokies machines went up by 2.9 per cent. It is only bested by the spending on sports at TAB which rose by 3.6 per cent. According to the DIA report, the figures reflect that approximately $648 is spent on gambling by every person in the country. 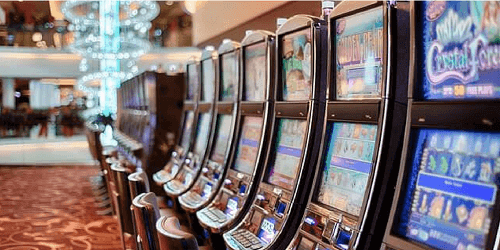 What Does the DIA Report Mean for New Zealanders

There have been efforts by the state and anti-gambling organisations to limit the number of pokies machines in the country. Multiple attempts to improve the legislation around them haven’t fallen to deaf ears. Anti-gambling groups have suggested that slot machines have a close association with gambling harm and have urged NZ officials to improve efforts to reduce them. The statistics indicate that Kiwi gamblers want pokies games more than ever. Here is the total list of gambling sectors and their contribution to the $2.38 billion spent between 2017/18

Looking to play pokies games without the need to go to your nearest local casino? Well, you’ve come to the right place. Check out our trusted online casino sites with hundreds of titles to enjoy and win today.