The government of Queensland has shortlisted three casino bidders to develop the Cairns Waterfront. The shortlisted bidders are Hard Rock International, The Star Entertainment Group and Reef Casino Joint Venture. They made the announcement last week saying that the three companies have a strong domestic and international reputation. The reputation is from delivering the high quality of the mixed-use hotel, entertainment, and gaming venues. 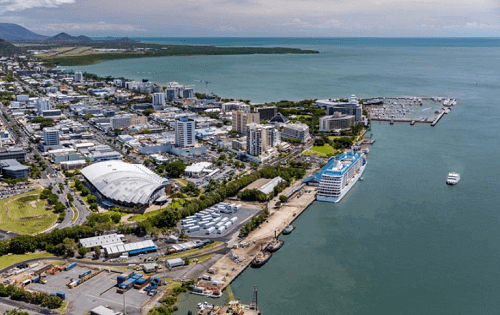 Now, the next step is to have an interactive tender process for the shortlisted companies. It is planned that the hub will have a stand-alone casino, high-end retail space, luxury hotels, a restaurant, and an entertainment area.

The state government is involved in the project together with the Cairns Regional Council. There are also other stakeholders which include the Tourism Tropical North Queensland and Ports North. Hard Rock International, The Star Entertainment Group and Reef Casino Joint Venture will have to put together proposals by July 2019. The winner will then be announced later in 2019 to early in 2020. The three shortlisted bidders have also to pledge AU$1 billion as their minimum investment to develop the tourism hub.

Out of the three shortlisted companies, Reef Casino Joint venture is the only one that runs a gambling venue in Cairns. Hard Rock International has been making plans to enter the Australian Gold Coast but has now shifted focus to Cairns.

The Plans Announced in 2017

The plans to upgrade the Cairns Waterfront and city center were proposed in October 2017. The Queensland government announced that they would be giving out a gaming license that will encourage development infrastructure for tourism. This proposal was put forward after the withdrawal of their AU$8 billion integrated resorts casino project for the Yorkey’s Knob proposal by Aquis Australia.