Carnaval Forever is the latest pokie game to be released by famed casino game developer, Betsoft. Inspired by the carnivals of Rio de Janeiro, the game takes players on a ride filled with excitement and opportunity. Players will feel as if they are truly experiencing the parades that fill the street of the world’s party capital right on their screen. The game fully captures the experience by populating the game reels with beautiful people and ostentatious floats that immediately catch your eye. 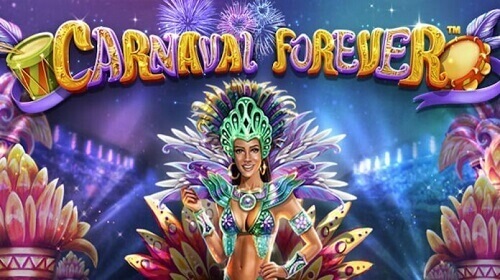 Speaking on the release of the new title, Betsoft Marketing director Annamaria Anastasi stated that they tried to capture Rio de Janeiro’s carnavals abilities to unite people in song and dance. She further went on to say that the game saw the developer reach new levels in audio-visual presentation that matches their ambitions for the title.

Carnaval Forever is a five-reel slot game with three rows and a total of 10 paylines. The game has absolutely amazing visuals that help players feel like they’re actually attending the party they see on screen. This is aided by the great soundtrack that accompanies each and every spin.

The title’s symbols include a mixture of symbols that relate to theme and playing card designs. Some symbols related to theme include the samba king and multicoloured dancers. Both the wild and scatter symbol takes the shape of the carnival queen.

Land three or more carnival queen symbols and you will win 10 free spins. Wilds double wins and landing five scatters on the reels during the bonus mode awards you with nine free spins. There is also a buy feature mode, which let’s players but free spins. The cost of the spins depends on your bet per spin. It is a highly volatile game mode filled with chances to lose big sums of money. Thus,  we recommend that players use it sparingly.

Play Carnaval Forever at any of the recommended Betsoft-powered New Zealand casino sites featured on KiwiCasinos.nz. With a 96% RTP percentage and a 750x stake maximum win, there are big prizes awaiting Kiwis who decide to give it a go.