Artic Valor is the newest slot game release by famed casino game developer Microgaming. The title was produced in tandem with Crazy Tooth Studios. It aims to provide gamblers with the definitive gaming experience.

Speaking on the collaboration with Microgaming, Crazy Tooth Studio stated, “We are thrilled to release Arctic Valor as our first exclusive game for Microgaming”. And that the new partnership will allow the studio to “greatly diversify [their] capabilities and deliver [their] range of innovative slots and games to new audiences”. 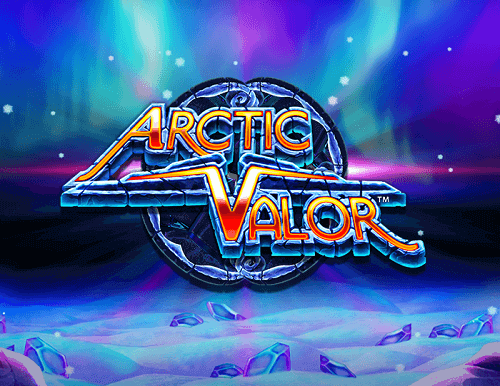 Artic Valor is a six-reel slot game that features 4096 paylines. As previously mentioned, the title makes use of a Norse mythology theme. It tells the story of fierce Valkyries off on a heroic adventure in search of both fame and valour.

Symbols in the game consist only of designs that relate to the theme. This includes icicles of multiple colours, a bow and arrow, a helmet, a shield and a number of Valkyrie characters. The wild symbol is easily noticeable as it simply reads “Wild” in giant red letters. There is also a wonderful scatter symbol that activates the game’s primary bonus feature.

Before we get into the main bonus feature, Artic Valor has an extra bonus mode that players trigger randomly. That is the Icicle feature. At random intervals, icicles will come crashing down on to the reels, revealing wonderful prizes and boosting your chance to make winning combinations.

Players activate the primary bonus mode when they land three or more scatter symbols on the reels. They’ll then get seven free bonus spins. The icicle feature will trigger automatically at the beginning of each free-spin. It will give the player either an instant win or an extra wild for the spin.

Play Artic Valor at any of the Microgaming-powered New Zealand casinos recommended down below. For the latest updates on all the newest slot game releases, keep it here at KiwiCasinos.nz.