Chris Caserta, an apprentice jockey is facing a charge relating to placing bets on horse races. This is his second scandal over the past 12 months. Last year, Caserta served a four month suspension after he returned a positive drug sample. A harsher punishment could be coming his way. Read on for more. 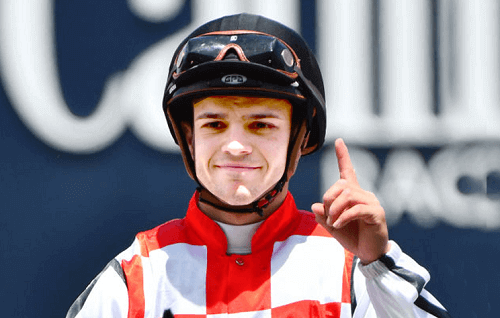 Between March 11 and December 9, Caserta is alleged to have placed six bets on horse races, although he wasn’t riding in any.

According to Racing Victoria, “Mr Caserta has been charged with breaching AR 83(c) which reads as follows:

“AR 83 Every jockey or apprentice may be penalised:

“(c) If he bet, or facilitates the making of, or has any interest in a bet on any race or contingency relating to thoroughbred racing, or if he be present in the betting ring during any race meeting.

“In contravention of AR 83(c), between 11 March 2018 and 9 December 2018, Mr Caserta placed and/or facilitated and/or had an interest in six bets on thoroughbred horse racing, utilising his TAB account.”

The date is still to be set for Caserta to appear before the Racing Appeals and Disciplinary (RAD).

The 23-year old jockey is currently based in South Australia and has this season ridden 29 winners. His most recent horse riding was in his Group One race where he had to strip down to 44kg to ride a two-year-old filly, Jedastar in the Lightning Stakes in Flemington. On February six, Caserta booted home four winners at the Morphettville meeting.

THE JOCKEY’S OTHER CONTROVERSIES

Last year, Caserta returned a breath test reading above the 0.02 limit on a banned substance and was suspended from all riding and horse handling duties for four months.

Stay tuned to our casino site for more gambling and racehorse racing news!