With the national ban of sports betting being in the past, television networks broadcasting sporting activities have been benefiting through increased advertising revenue. 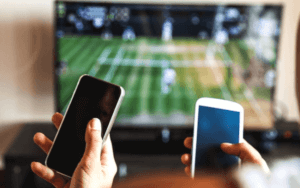 The famous media analyst, Ben Swinburne reported to the media that a lot of sport betting operators will now have to spend an arm and a leg on advertising so as to reach their market. He further said that he predicts that CBS and FOX will see their advertising revenue increase by almost two percent.

It’s only a few years back that commercial breaks during sporting activities would be flooded by just sporting adverts from DFS (Daily Fantasy Sports) leaders like Fanduel. The continuous sporting ads were primarily focused on convincing the viewers how simple it is for them to win a massive amount of money just by partaking in the online sports contests. It’s been estimated that at one moment, two DFS companies spent a whopping NZ$400 million only on gambling ads.

These allegations were however dismissed by the state attorney general, the former New York Attorney general – Eric Schneiderman.  The Attorney General, who resigned in May 2018 as a result of sexual misdemeanours threatened these two companies with about Z$3 billion in fines for what he perceived to be illegal online gambling.

It’s not too far-fetched to think that sports betting operators may also be presenting sports gambling as a form of entertainment to increase the view’s excitement while they watch their favourite games. However, national TV ads might be obligated to have disclaimers that betting on sports online is not allowed.

It is believed that TV networks are not the only entities that may be benefiting from sports betting ads. Analysts believe that placing bets while watching your favourite sport will increase the viewer’s interest and this will result in high earnings for the sports leagues as well.