888 Co-Founder’s Family Sells Half Their Stock

The late cofounder’s (Aharon Shaked) family has sold half of their stake in the online casino operator, 888. 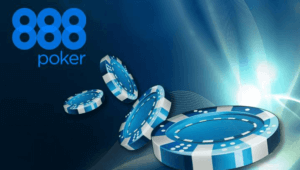 Aharon Shakes was the co-founder of the leading online casino and after his passing in 2010; he left his entire shares to his family. Last week, the family just sold 40 million shares at a price of £2.70 (NZD$4.88) per share. The total return for the shares sold was £108 million, which is NZD$196 million.

The sale resulted in the reduction of 888 stock that is owned by the late co-founder’s widow and his two children to 12.9% of the entire issued share capital.

The selling of the shares follows a year after some of the 888 co-founders, the Yitzhak brothers, sold off some of their stock at a total price of £57 million, NZD$102 million. This was the hugest sales in the realm of share sales. More so, it ultimately resulted In the Yitzhak brothers owning 3% of the company.

The name of the online casino,888 has been mentioned several times as both, an acquisition target in the UK gambling market and as a potential buyer. However, 888 recently rejected William Hill’s acquisition bid of £744 million (over NZD$1 billion) because some of the founders of 888 believed that the offer undervalued the worth of their company.

After all has been said, it’s important to note that sometimes the selling of shares is simply investors choosing to get paid. Nothing more, nothing less. Furthermore, with 888’s stock price which is now roughly half a New Zealand’s dollar higher compared to the time the Yitzhak brothers sold off their shares, why not sell?

The realm of online casino gambling keeps growing, and share prices of the online casinos will also keep getting high. The more value an online casino has, the better products it offers. This means a large variety of casino games for New Zealand gamblers, high-quality graphics, the best sound effects and much more.