One of the top online casino operators, 888 Holdings reported to the media that they are appealing a German court ruling that restricted them from operating in the German market. 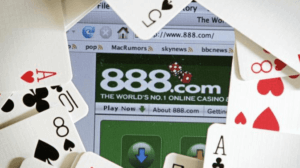 In October 2017, a federal administrative court supported a lower court ruling in Baden-Württemberg that restricted online casinos that do not have German operating licenses from proving their services to the local German players. In March 2018, 888 Holdings notified their investors that they might have to stop operating in the German market though it makes up a significant portion of their overall returns.

On the 9th of April 2018, 888 Holdings announced that their German subsidiary filed a legal complaint with the federal court. The complaint was based on the online operator’s declaration that the ruling passed in October interferes with its constitutional rights and their rights under the European law which includes ‘The freedom to offer services’. And because of these legal complaint’s, they believe the ruling must be revised.

Online casino operators have been protesting for access to the European Union for a long time now. They have been basing it on the TFEU (Treaty and Functioning of the European Union) which forbids unnecessary limitations on trade in goods and services amongst all EU states.

On the other side of the coin, the members of the EU don’t seem to be interested in the TFEU anymore, especially when it comes to online gambling operations. In December 2017, the EC (European Commission) announced that they were dropping all infringement measures against the EU members involved in gambling. The EU’S Ombudsman further reported to the media that they don’t have any objections regarding the EC’s decision.

The gambling rules in the German market have been inconstant since 2012. This was when the gambling treaty was turned down by the EU courts as well as the locals. Thereafter, a revised settlement was made, and it failed to attain the final agreement of all the sixteen German States.

We are not sure yet if 888 Holdings will finally get the court to rule in their favour but at Kiwi Casinos, we will do all we can to keep you posted on the matter.