Home » WPTDeepStacks Coming to New Zealand in May

WPTDeepStacks Coming to New Zealand in May

The World Poker Tour DeepStacks, commonly referred to as WPTDeepStacks kicked off its 2019 world tour on the 5th of January in Berlin. The buy in for Berlin’s WPTDeepStacks was over NZ$2300. WPTDeepStacks went to Hollywood, Brussels back to the USA in Jacksonville then to Argentina on from the 14TH to the 18th of March. World Poker Tour DeepStacks Johannesburg South Africa overlapped with the Argentina leg from the 16th to the 18th March. The 2019-2020 season officially kicks off in June at Seminole Hard Rock Hotel and Casino. Before that New Zealand poker players and poker fans have the WPTDeepStacks NZ leg to look forward to from the first of June to the fourth. There are a number of other developments with regard to the World Poker Tour, read on for more details. 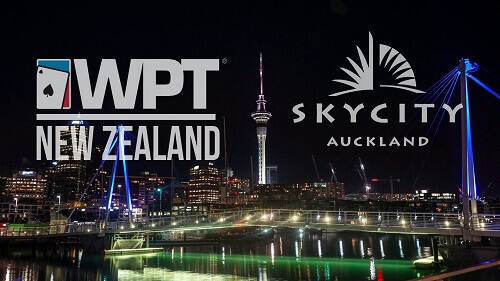 The world poker tour New Zealand leg will take place at the SkyCity Hotel in Auckland. IT WILL Run from 31 May to 4 June, with the final being on the fourth of June.  Buy in is NZ$2200 and to participate players must at least be the age of 20 or older. SkyCity casino resort has rooms available for both participants and spectators starting from $289 to $389 for the hotel. SkyCity Grand has luxury rooms staring from $369 to just over $500.

We can only assume that WPT’s branching out to lesser known venues is part of a bigger plan. World Poker Tour Vice-President Hermine Blum Europe acknowledged that their use of King’s Casino in Rozvadov was a trailblazing partnership. This is a first of many events to come. For any Kiwis who may not be able to attend any of the mention World Poker Tour events, they can play poker online at the best kiwi casinos online we recommend.