Tiger Woods, an eight-time winner of the API tournament, took to his Twitter page on Tuesday to state that he won’t be participating in the event. He mentioned that his withdrawal from the competition is as a result of a neck strain that he’s had for the past few weeks. He further indicates that he has been receiving treatment, but unfortunately, he hasn’t healed enough to play. 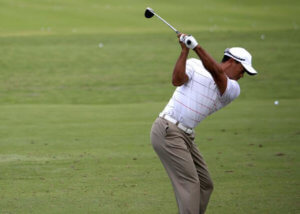 The premier golfer reported that his back is alright and he doesn’t have any long-term concerns as he hopes to be very much fit by the time the Players Championships comes around. Since 2014, the 14-time winner has suffered several back injuries. In the same year, he also failed to even attend his first Masters Tournament since his professional debut in 1995.

For so many years, Tiger Woods has managed to keep to himself together when it comes to media, with regards to his physical status. Adding on to the back problems, he has had about four knee operations on his left leg. This is why there has been quite a lot of mumbling in the golf industry in terms of his most recent injury disclosure.

For now, the odds remain unchanged, and it’s currently the most important time of the year for the golfers. The Player’s Championship, widely known as the fifth major, will be starting on 14 March. Following this event in less than a month, is the first round of The Players Championship which will begin on 11 April.

As mentioned above, despite Tiger Woods’ neck injuries, the odds remain the same for now. However, bettors and the oddsmakers are scrambling to try and determine the seriousness of his injury and how it will affect the realm of golf betting. Stay tuned at Kiwi Casinos, as we will keep you posted on the latest developments in this matter.