Greenwood Gaming and Entertainment Incorporated filed a petition with the Pennsylvania Gaming Control Board. The petition for a land-based sportsbook to open at its Valley Forge Turf Club property. Which is located in Oaks, a short drive from Philadelphia. 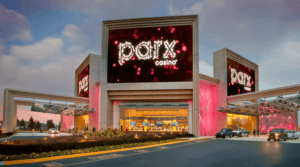 Moreover, Greenwood is the owner of Parx Casino based in Bensalem and also went live with sports betting in January.  And also, the owner of South Philadelphia Turf Club, that opened a satellite sportsbook in January as well. The company has two operational betting venues and they have an additional one to open at the Valley Forge Turf Club. Most of all, they are all competing for a share of the profitable gambling market in Philadelphia.

It is not clear on when Greenwood will open its third sports gambling facility. Pennsylvania’s gaming regulator said that the Valley Forge Turf Club “preferably suits” to gamblers and travelers. This is because it is located near key places, such as the King of Prussia Mall, Valley Forge National Park and also the key Philadelphia suburbs.

The Valley Forge Turf Club was in operation in the mid-1990s as a horse gaming and broadcast operation. With the adding of a sportsbook, Greenwood look to boost activity as the popularity of horse racing has declined in the past years.

The Valley Forge Turf Club is certified by the Pennsylvania Horse Racing Commission, meaning that Greenwood also needs permission from the regulator to proceed with its sports betting plan for the property.