Online Bingo is an online lottery-like casino game that is greatly enjoyed by New Zealand players. The online game, though most popular in the United Kingdom, where land-based Bingo halls are commonplace, the online casino game is quickly becoming extremely popular around the world, especially in New Zealand. Online Bingo may not offer the massive jackpots of online pokies or table games like online Blackjack or online Poker, but it more than makes up for it with a thrilling experience and interactive games.

Online Bingo, though sometimes played for fun, is almost exclusively played for real money. Players in New Zealand love the fact that, because land-based Bingo halls are few and far between, they can play online Bingo from wherever they are and win some fantastic cash prizes. All of the online casinos featured on Kiwi Casinos that offer online Bingo allow players to wager with and win real money. 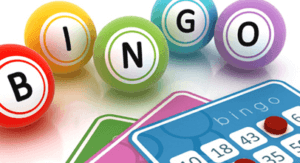 Online Bingo for fun isn’t as popular as real money Bingo games. Players in New Zealand prefer to play Bingo and win big cash prizes. Though online Bingo or fun is most often played by new players who have no idea how the game works, and who desperately want to learn. Free online Bingo games allow players to learn all the ins and outs of a game without the need to wager, and possibly lose due to inexperience, any real money.

How to Play Online Bingo

Bingo is easy to play, and the rules are easy to understand.
Players are each given a pre-printed card with 25 squares, arranged in a 5×5 square, each with a number between 1 and 30, between 1 and 75 or 1 to 90 in it, depending on which version is being played. Numbers aren’t repeated in these 25 squares, and certain numbers can only appear in certain squares.

Numbers are then drawn by an adjudicator, who also calls the numbers out. Players then mark each number off of their ticket, if they have it, as it is called. The first player to match all of the correct numbers then calls out “Bingo”, and is declared the winner.

In 75-ball Bingo, each column is labelled with a letter, coming together to spell BINGO. They are numbered: 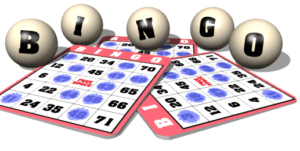 The Different Versions of Online Bingo

There are four commonly played different version of online Bingo available for NZ players to enjoy. They are:

American Bingo
American Bingo is the traditional 75-ball version played with numbers in a 5-square x 5-square arrangement. Every square has a number in it, except the middle square, which is left blank and is called the ‘free space’.

However, British Bingo is quite different to American Bingo. This version is played with 90 numbers, and players’ pre-printed tickets (or ‘cards’ in the British version) are arranged in a 9-column x 3-row arrangement. Four random blank spaces are distributed in each row. 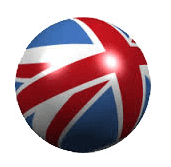 This is the exact same game as American Bingo, but is played at a much, much faster pace, hence the name. Speed Bingo is perfect for Bingo lovers who are looking for a faster game.

30 -Number/30-Ball Bingo is a simplified version of American Bingo. This is, as the name states, only played with 30-numbers, and players are only given a 3-square x 3-square pre-printed ticket. To win, players need to not only match all the normal numbers in the squares but the middle number as well.

Because of the small pool of numbers, the game play is usually much faster, and games are over much quicker. This is perfect for players on the go, who still want to play but are pressed for time. 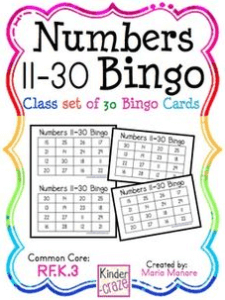 Is it worth my time to play online Bingo when other games have bigger jackpots?

Definitely. Online Bingo presents a whole new way of playing and winning. Yes, the jackpots may not be as big as most pokies, but the wagering amounts are also much lower, so it is perfect for players on a budget. Also, some players would still like to play for real money, but aren’t as interested in big jackpots or wagering a lot, even if they can afford it. Online Bingo is also one of the most exciting lottery-style casino games on the market. Players who regularly play Bingo know that your fortunes can change at any second, so you feel like you are always on the edge of winning. For pure thrills, there’s nothing quite like it.

How can I increase my odds of winning in online Bingo?

There is no way to increase your chances of winning in online Bingo. All results, because they are determined by a Random Number Generator (RNG), and players have no input other than marking their cards, in the game, are purely at the whims of lady luck.

Can I play live dealer Bingo?

How do I prevent getting cheated while playing online Bingo?

By playing at one of the licensed, certified, and thoroughly tested casinos we feature on Kiwi Casinos. More so, all of the casinos we feature make use of an RNG to determine the outcome of games and are licensed by eCOGRA, who ensures that all play is fair.