Hundreds of casino players who reside in the Northland region of New Zealand seem to be spending millions of dollars on poker machines every year. What’s worse is that most of these gamblers end up going through a crisis resulting in increased debts because of their gambling addiction. 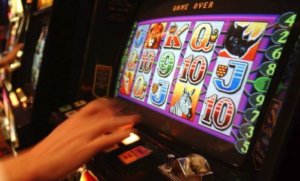 As we previously mentioned in a previous post, the Pacific and the Māori population don’t only spend a lot of their money on gambling, but they are at a huge risk of becoming addicted. The Department of Internal Affairs released some of the gambling figures for the second quarter of 2018. Players in the Northland region spent approximately NZD$8.4 million, which was an increase of about NZ$440 000, compared with the same period last year.

The effects of being addicted to casino gambling are not good. A resident in Northland had her family forced to move out of their house due to her spending a minimum of NZ$1000 per night. The woman lives in Whangārei and chose to remain anonymous. She sought help for gambling addiction help a few years ago. She has been a gambler almost her entire life, and it only started becoming a real problem in her life about a year before she sought help.

She and her husband were working stable jobs but were not able to make ends meet because of her addiction to poker machines. The woman admitted to the media that she would even borrow money from family and friends for her gambling needs, while not paying any bills at all. This is how their power reached a four-figure amount, with her rent also going unpaid for about three months.

The acting manager of the Northland Problem Gambling Services stated that the woman was banned from all the gambling venues for about two years. However, despite her spiralling debts and the exclusion which  made her and her family then move to Auckland in a caravan park for over a year before they returned to Northland, she did not entirely quit gambling. At Kiwi Casinos, we love responsible gamblers who know when to stop. Read here and learn more about responsible gambling in New Zealand.