According to the local researchers in New Zealand, the harm of gambling addiction inflicted on the Maori and Pacific populations has significantly increased. The number of pokie machines has reduced from the time the Gambling Act was introduced in 2003, yet pokies remain heavily concentrated. Some experts have also reported to the media that some clubs and pubs are failing to show their duty of care as requested by the current legislation. 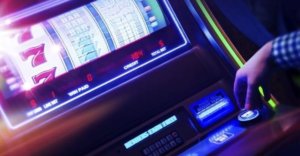 Early this year, anti-pokie campaigners called the government to take some urgent action for them to tackle the casino gambling related issued in NZ. A northern political aspirant and doctor, Lance O’Sullivan and his associates warned that the dangers inflicted by pokie machines in most local communities are a reflection of housing inequalities, poverty statistics and even mental health issues.

Furthermore, researchers have also revealed that the amount of poker machines in poor Māori local communities is mostly disproportionate. About every five Kiwis admitted that they had been pulled to gambling addiction because of the influence their families had on them. According to the 2015 statistics from the Ministry of Health, pokie machines are mostly the preferred type of gambling for players who have a gambling addiction.

The CEO of Hāpai te Hauora, Lance Norman, also backed up the claims that were raised by Dr O’Sullivan saying that the significant number of pokie machines made the New Zealanders in poor communities in Māori and the Pacific unfairly targeted by the addictive machines.

According to some information that was released by the Problem Gambling Foundation of New Zealand in 2017, in the wealthier communities, there was one poker machine available per 465 people. While in the poor communities it was one pokie machine for every 75 people.