Affinity Gaming has a New Leader

Affinity Gaming, which is now under the private equity managing company – Z Capital Partners has a new CEO. The company reported to the media sometime last week that they have selected Anthony Rodio, commonly known as Tony, to run the company as the new CEO. 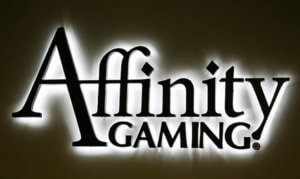 Affinity Gaming has been in the realm of internet casino gambling for over thirty years now. Anthony Rodio was previously working at Tropicana Entertainment where he was the company’s CEO and President.  During his stay there, the company’s net income improved by more than 50% and was one of the leaders when the company went through renovations that were worth about NZD$200 million.

According to James Zenni, the CEO of Z Capital Partners and Chairman of Affinity’s board of directors, they are all committed to Affinity Gaming being a leader in the casino gambling industry.

With that being said, Anthony Rodio’s career makes him qualified to lead their operations into its next stage of development and growth. He further added that Anthony is one of the famous executives in the gambling market and they are confident that he is the right person for the job.

Anthony Rodio will be replacing Michael Silberling, who has been serving as Affinity Gaming’s CEO since 2014. Michael Silberling resigned from the position to take a new one as the CEO and Senior Vice President for Mohegan Gaming and Entertainment.