The Justice Minister in New Zealand, Andrew Little, has proposed a bill which will allow licensed bars and clubs to stay open for longer during the Rugby World Cup matches next month. Little announced the news this week, following pressure from ACT leader David Seymour and communities in the last couple of days. The minister said that the proposed bill would allow licensed premises to trade during the Rugby World Cup games even outside their actual trading hours. Read on for more! 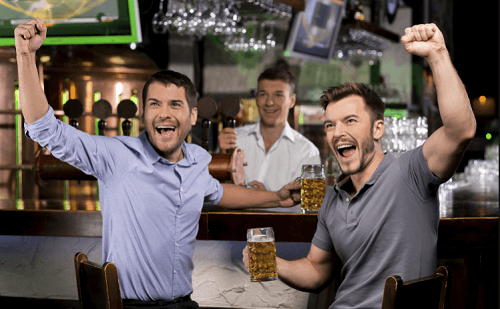 About the RWC Bill

On Wednesday, Justice Minister Andrew Little proposed the new law, which proposes amending the Sale and Supply of Alcohol Act. Little said: “This [would] allow eligible licensed premises to open during the 2019 Rugby World Cup for the purpose of televising live games that fall outside of their usual trading hours”.

The bill was drafted by Seymour. Who said implementing would be a “win for common sense” and “for rugby fans up and down New Zealand”.

“It made absolutely no sense that thousands of bars and clubs were having to apply for special licences to open for a few extra hours only to be turned down,” said Seymour.

“We know from 2015 that people watching the rugby at their local are not troublemakers, so there was no reason to oppose my Bill,” he added.

The minister said it only made sense for Parliament to meet the community’s desire by passing the bill. He mentioned that some pubs and clubs in NZ’s rural areas had earlier closing times and that this would ensure that such communities had an equal opportunity to enjoy the matches.  This law will allow NZ bars to also serve drinks outside trading hours.

More Back-Up for NZ Bars to Trade After Normal Hours

The bill so far has a lot of backing, especially form Government parties and the nation.

“The Government’s support will mean Parliament can now pass this legislation quickly. Fans will be able to get to their local, watch all of RWC 2019 live, and hopefully see the All Blacks retain the title of World Champions,” said Little.

The 2019 Rugby World Cup will mark the ninth edition of the tournament and will be held in Japan from September 20 to November 2, 2019.