IGT has released their financial statement for the third quarter of the year, and it’s not bad, but it could have been better. The total revenue from July to September dropped by approximately 5.4% year on year. This brought down their profits to ND$1.6 billion. 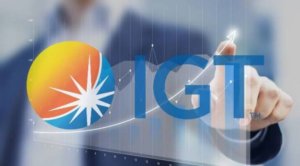 For last year’s third quarter (Q3), they reported total revenue of about NZ$1.22. However, the great news is that their net income was around NZ$22 million in comparison to a loss of approximately NZ$803 during last year’s Q3.

Details of the drop in revenue at IGT

The online gaming company reported that their debt increased towards the end of the third quarter. This year’s debt is NZ$7.57 billion, unlike the debt of AU$7.34 billion that they had during the same period last year, this time it was NZ$7.57 billion. The company’s accustomed earnings before EBITDA (Earnings Before Interest, Taxation, Debt and Amortization) was reported to be around NZ$444.3 million.

The company gave credit to its strong global lottery performance, especially in Italy. Marco Sala, IGT’S CEO reported to the media that hard work and good long-term contracts are what assisted in attaining the good year-on-year and Q3 results.

He further stated that there was a 10% increase in the shipment of gaming machines and the installed base of the machines also improved. He closed by saying that the company is not worried, it’s standing strong and remains focused on achieving their operational and financial goals for 2018.

As per the Q3 results, Alberto Fornaro, IGT’S Chief Financial Officer revealed that the company has adjusted its outlook for 2018. He mentioned that EBITDA forecast will now be narrowed between NZ$1.74 and NZ$1.78 billion. According to statistics, this remains in the top half compared to the same period last year.